Vox Pacis - The voice of peace

Vox Pacis  was formed in Stockholm 2006. The aim is to musically, artistically, theatrically, inter-culturally, and through interfaith dialogue work towards peace and reconciliation in the world. Vox Pacis is a non-religious, non-political organization.

A peace concert including more than 300 artists from around the world and representing all world religions. Participants came to Sweden rehearse a few weeks in Skeppsholmen, Stockholm, for our big premiere in the Golden Hall situated in the City Hall of Stockholm. The goal was to reach musical innovation and cooperation across borders. Peace instead of war. Was this going to be possible for an organization that did not exit before 2006? 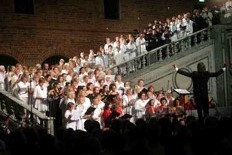 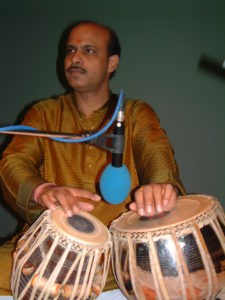 A peace pernformance including more than 300 artists from around the world and representing all worlds religions. Participants came to Sweden rehearse a few weeks in Skeppsholmen, Stockholm for our big premiere in the Golden Hall situated in the City hall of Stockholm. The goal was to reach musical innovation and cooperation across borders. Peace instead of war.

Vox Pacis sprung out of a wish to find cultural and spiritual meetings of understandning and dialogue. Following the heated conflicts after the Mohammed caricatures in Denmark the thoughts grew: Could cultural meetings build bridges into peoples hearts allowing us to reach behind the outer shell and find new openings that unite us?

Could the deepest holiness within each culture meet the holiness in “The Other”? We belive that music, theatre, dance – yes, all the different forms and expressions of culture – make it possible to find ways that open. If different voices can meet, collaborate and bring together seemingly incompatible expression and transform them into a common “third stage-language”, we´ve made the impossible possible and reached a little bit on the way.

Is it possible to artistically express peace in a dynamical, sincere and commited fashion?

Vox Pacis goals are peace work, conflict solving, musical and artistic inspiration. By listening to an participating in different traditions of music-cultural expression, participants and audiences have the possibility to discover for themselves that there is so much more uniting us than differs us apart. For exemple, there is a great similarity between the Sami jojk and Tibetan throst singing, just like there are lots of resemblances between the early Vedic and Greogorian songs and between the Arabic desert songs and some Jewish religious music. The most holy aspects with each culture have undoubtedly a sphere og connecting with other cultures and religions. By sharing this musical experience all at the same time, in the same place, we belive that fruitful conditions are created for a bigger understandning and better relationship between different cultures and religions. We belive that through singing, music and theatre it is possible to find new ways toward peace and harmony. This is Vox Pacis´ambition and belief. 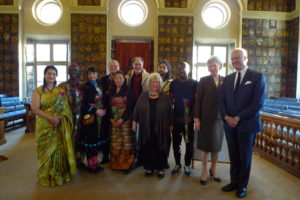 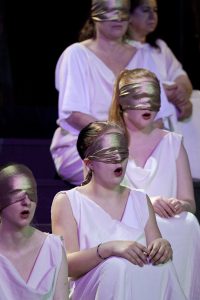 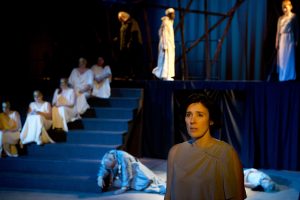 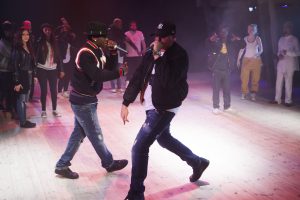 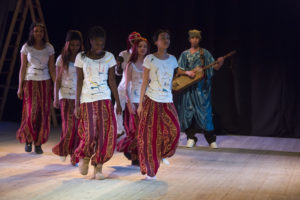 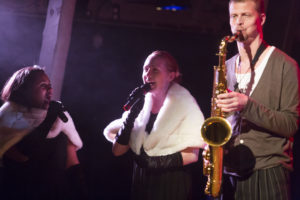 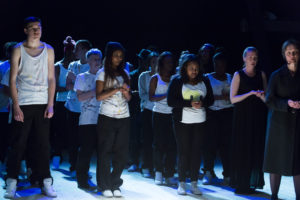 "LIFE" a performance in Stockholm 2016 - in honor of Sigrid Kahle 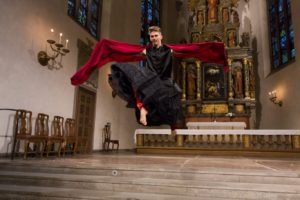 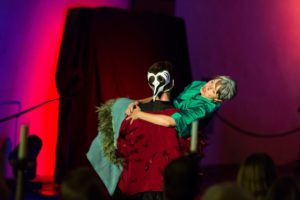 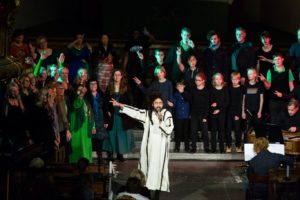 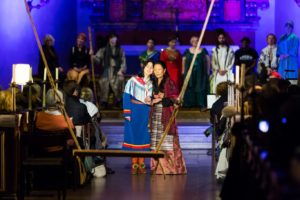 If it is possible that we have lived so long on this earth,

that we have had thousands of years to think,

to observe and write, that we have let millions of years go

by without having learnt to love each other. 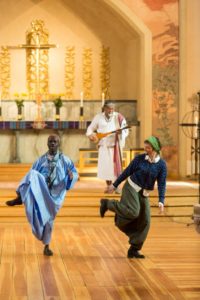 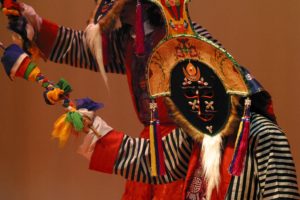 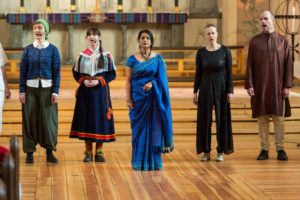 Vox Pacis has produced many oeace concerts in Sofia church, Stockholm and lots of other places in the years 2007 - 2019

And so far we paricipation during the Nobel peace prize ceremony in Oslo, Norway, 2010. And guest appearance in Sobo Badé, Senegal. Culcutta and Santiniketan, India. Cario, Egypt and Rudi Indigenous Festival Rudi in the north of Norway and The Night Culture Festival in Korpilombolo, the north of Sweden, 2019.

All people have a heart, if we touch it they shall understand.

See pictures from some of our previous performances here

Watch our trailer with some of the Vox Pacis artists perform 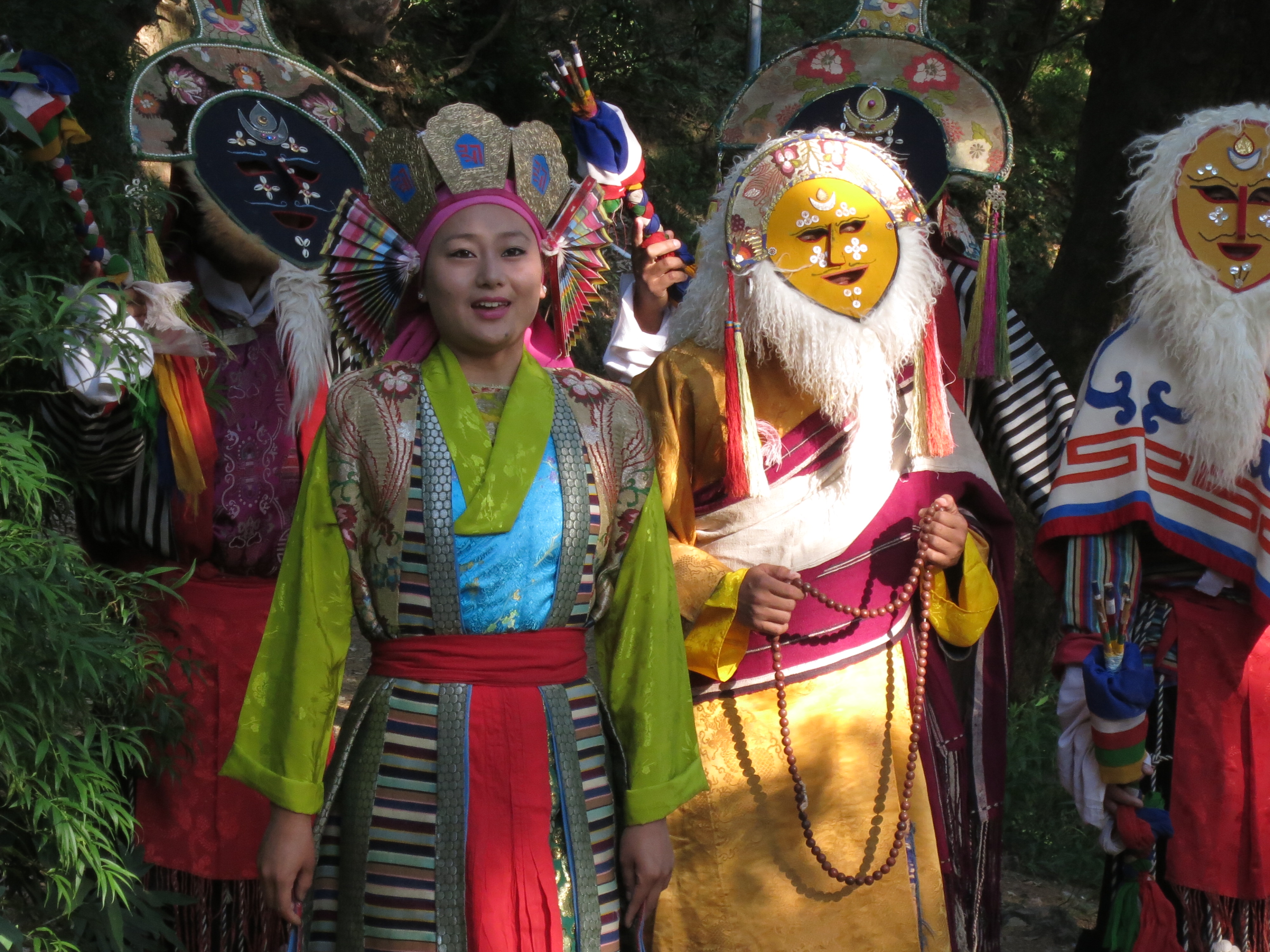 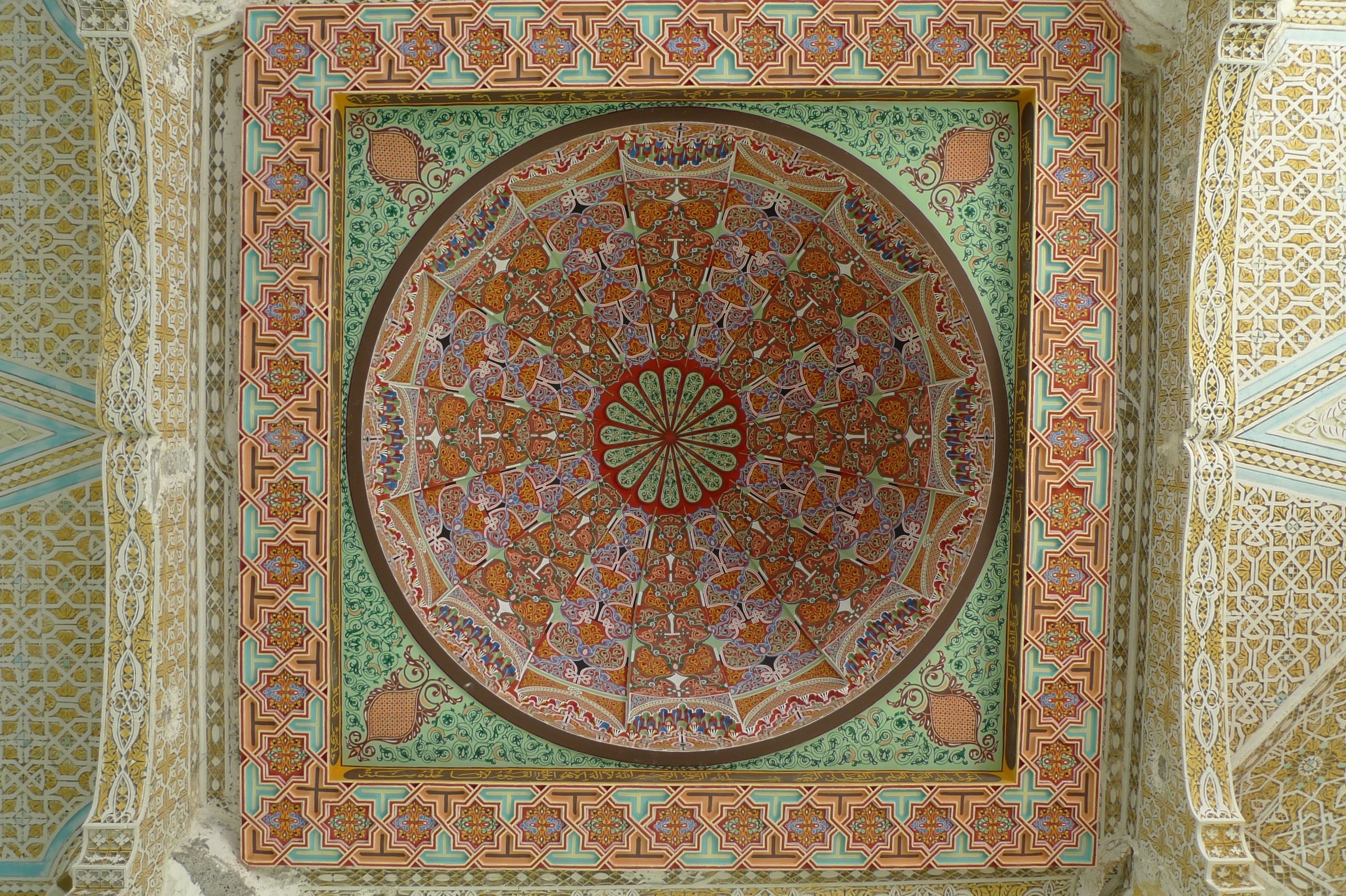 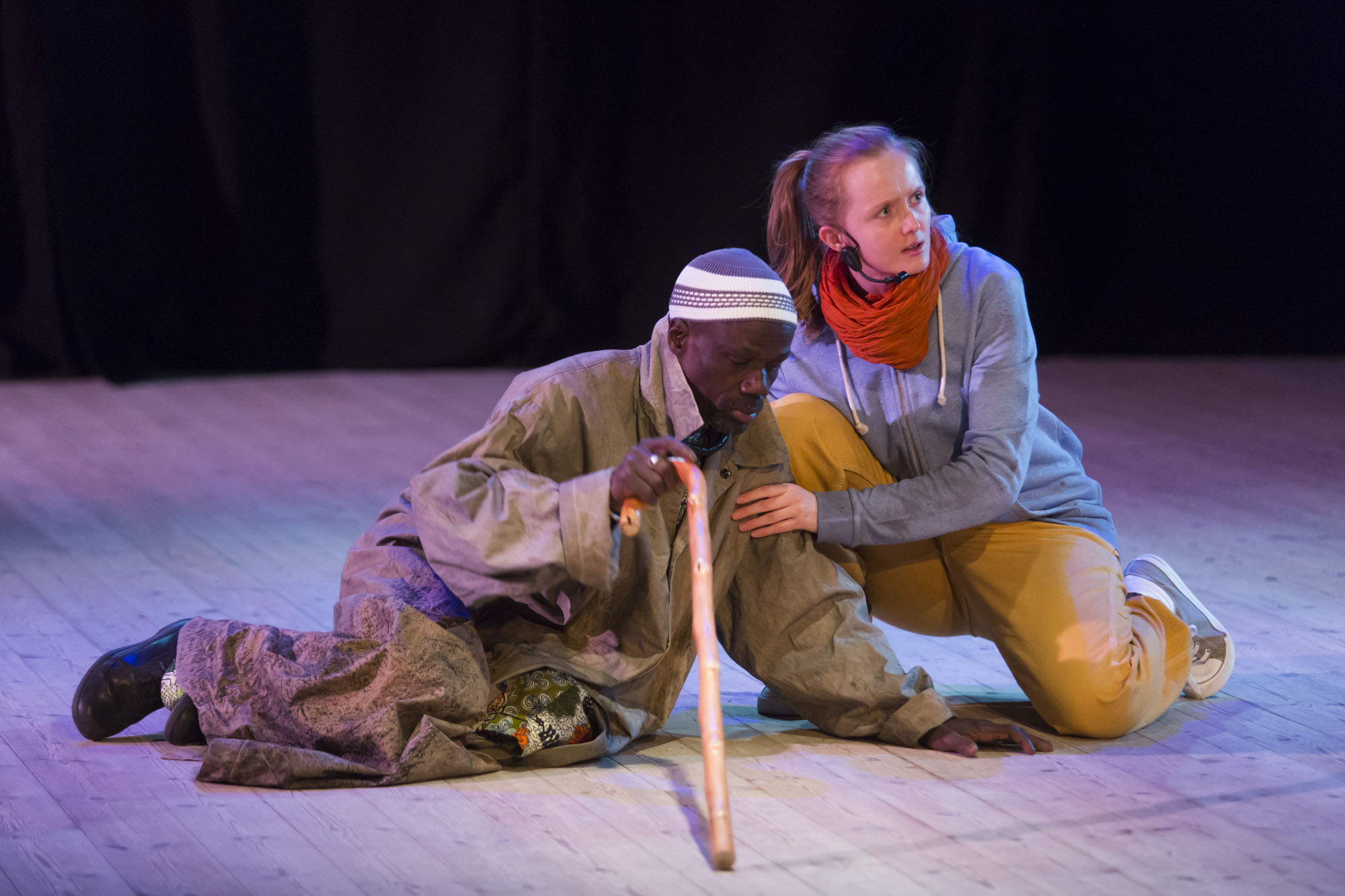 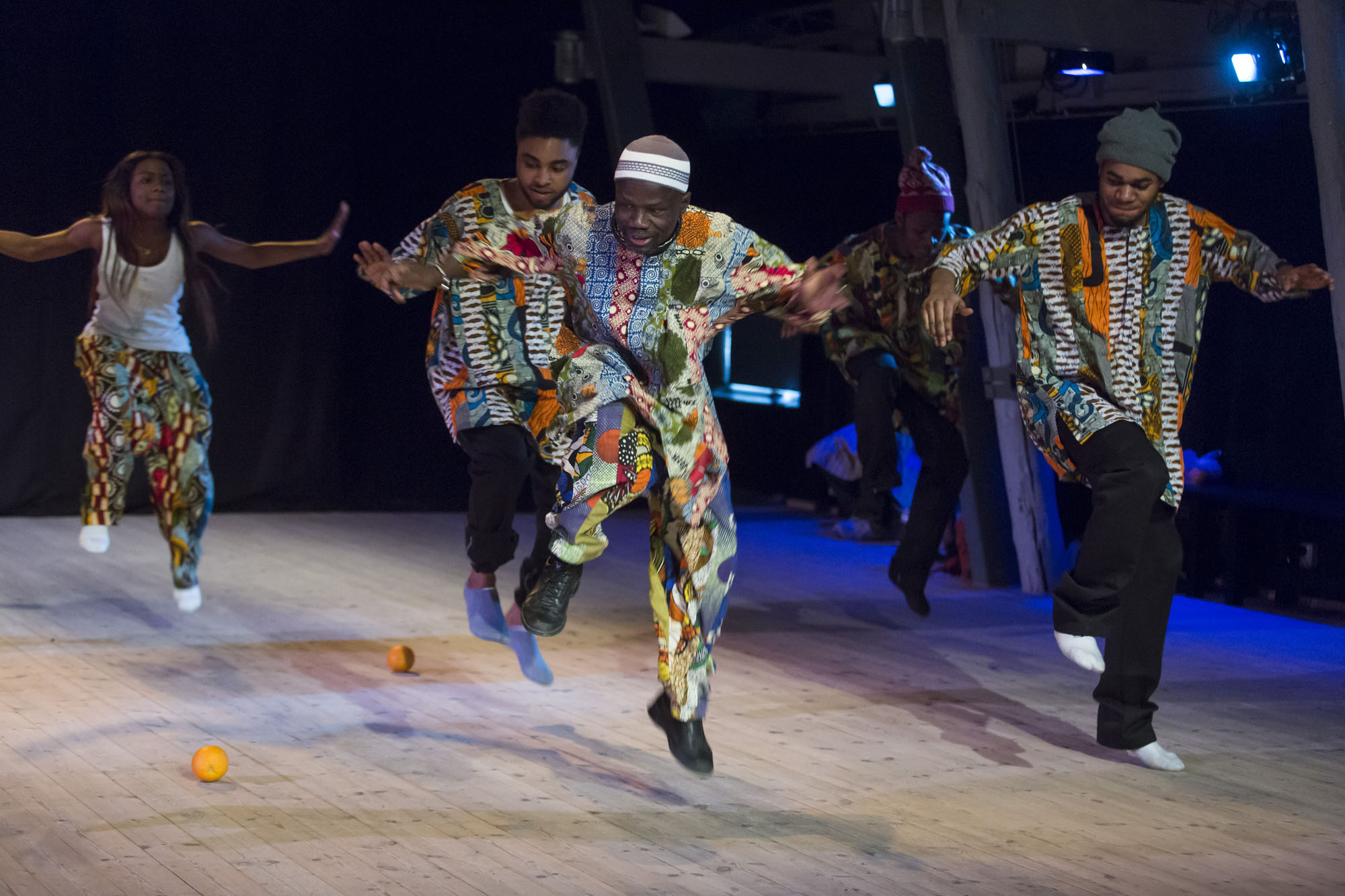 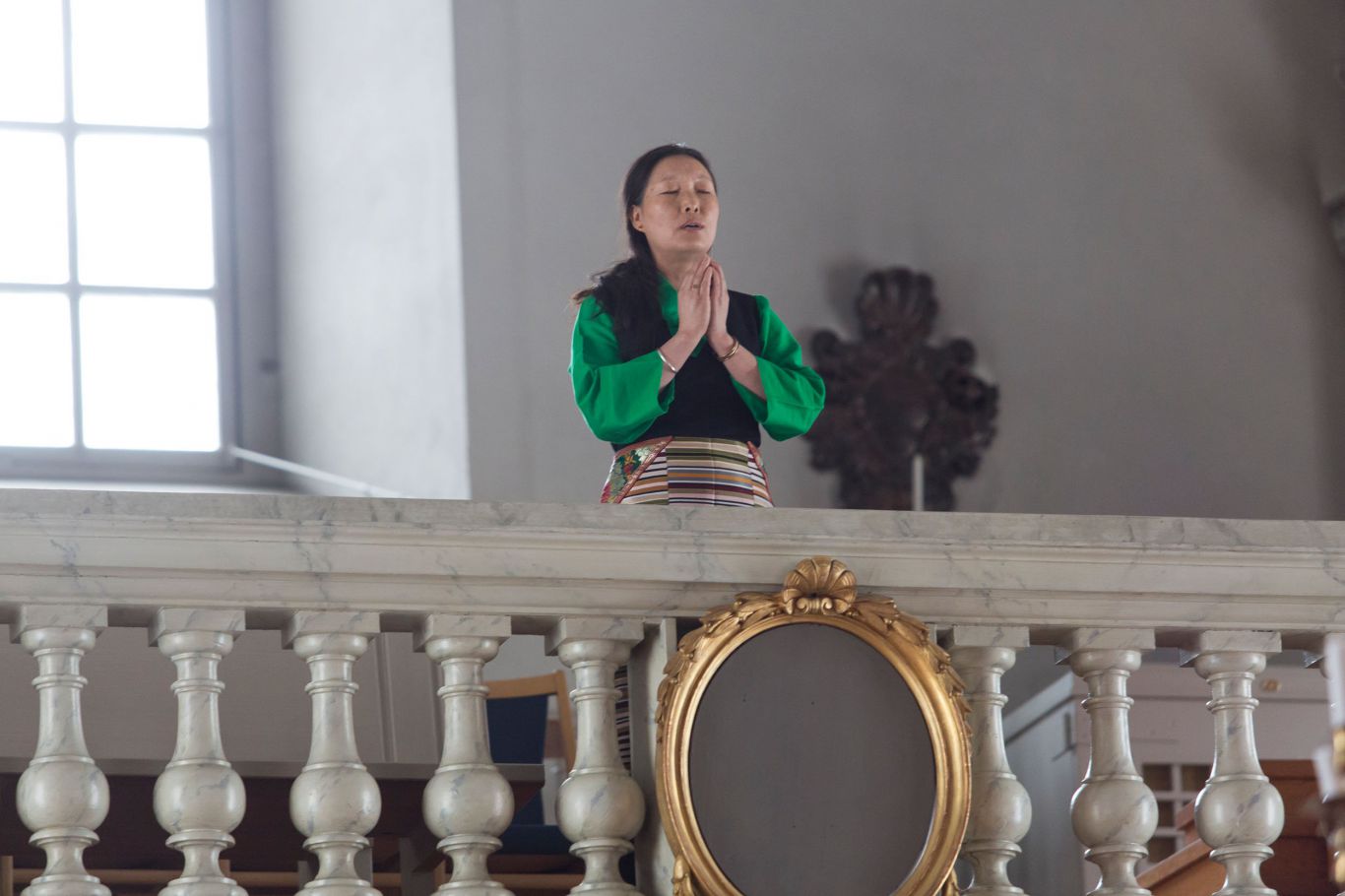 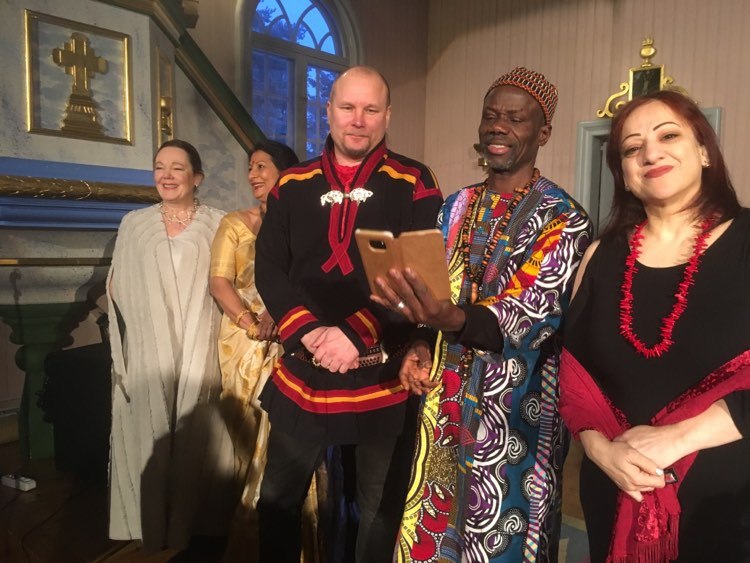 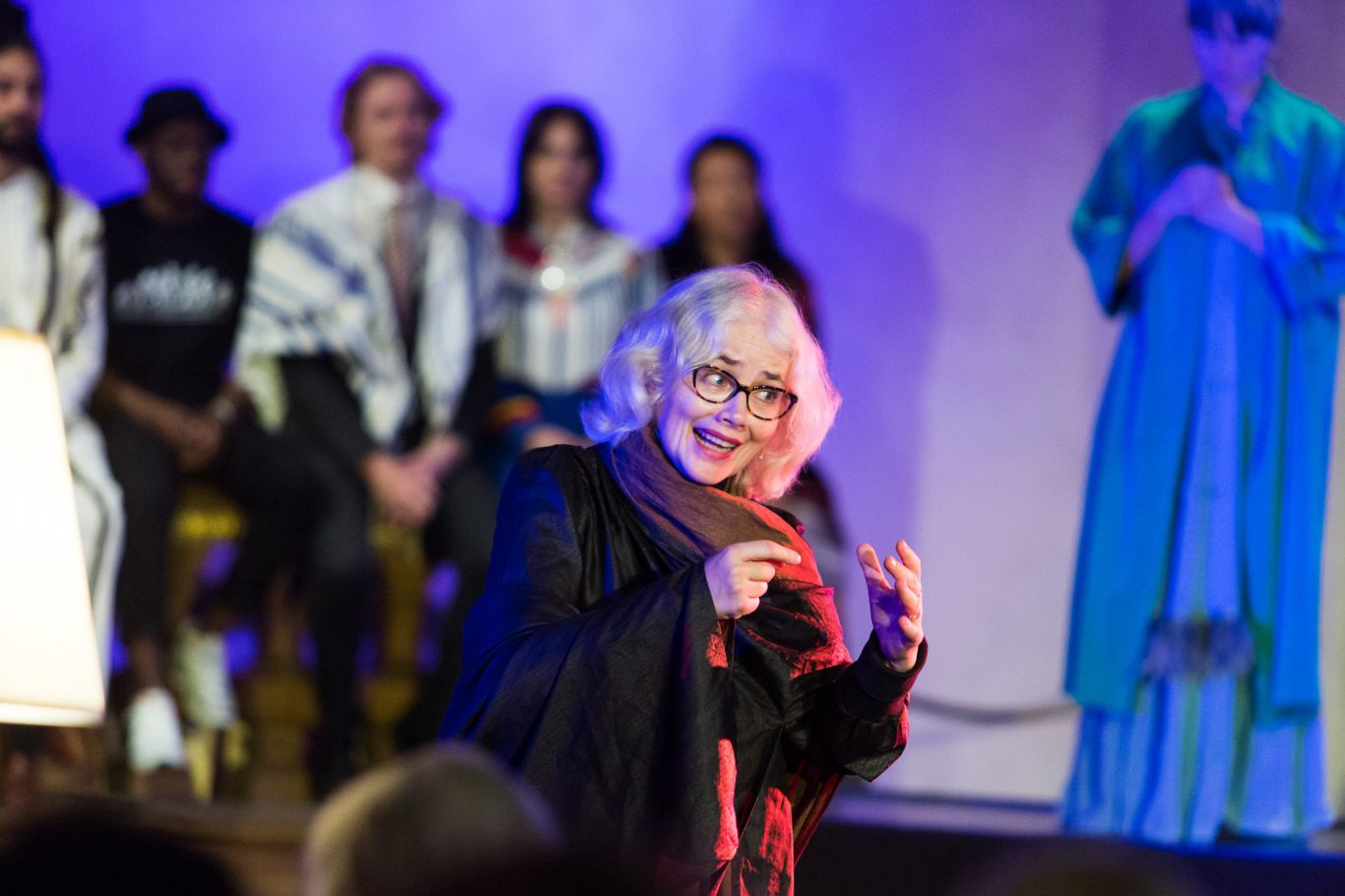 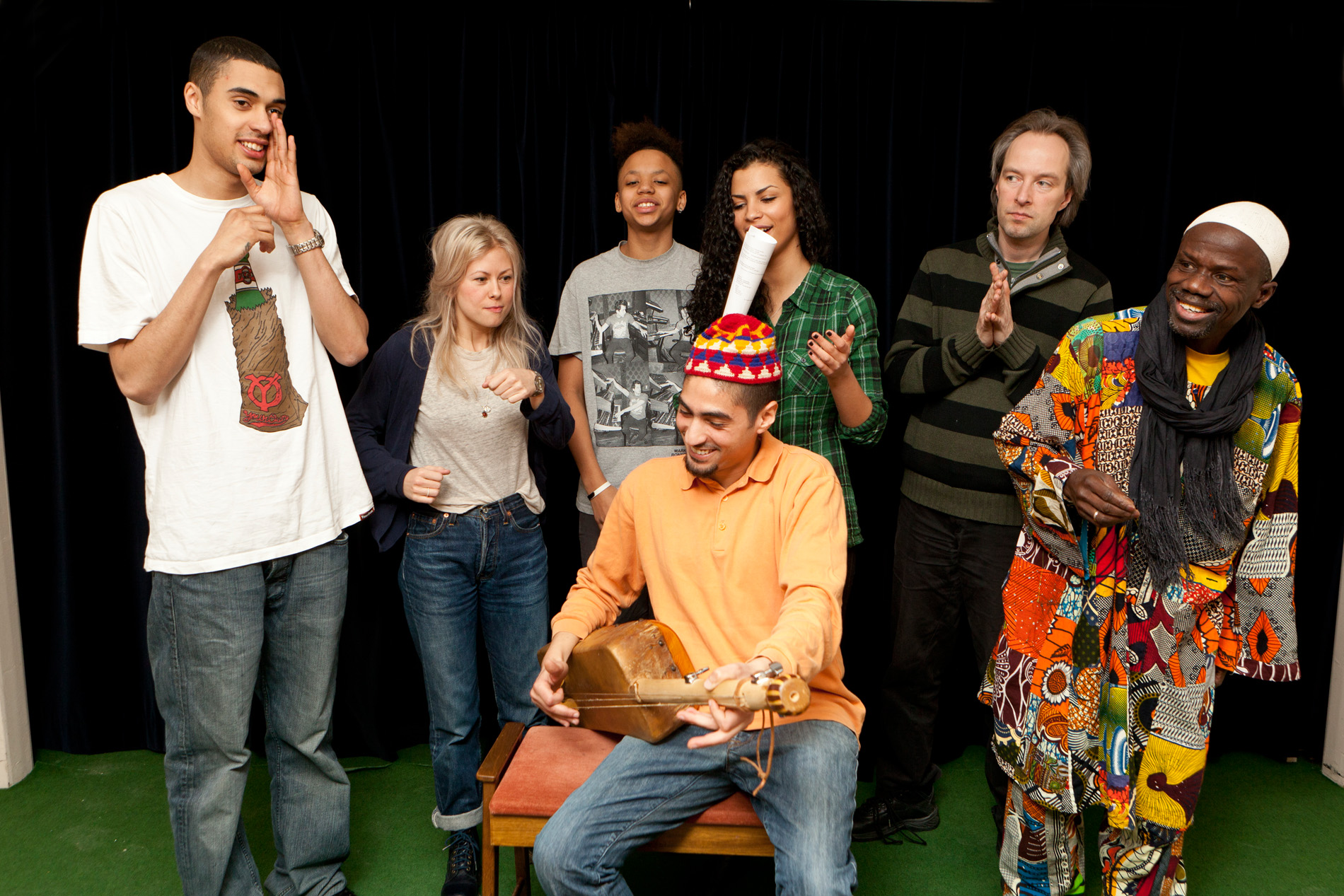 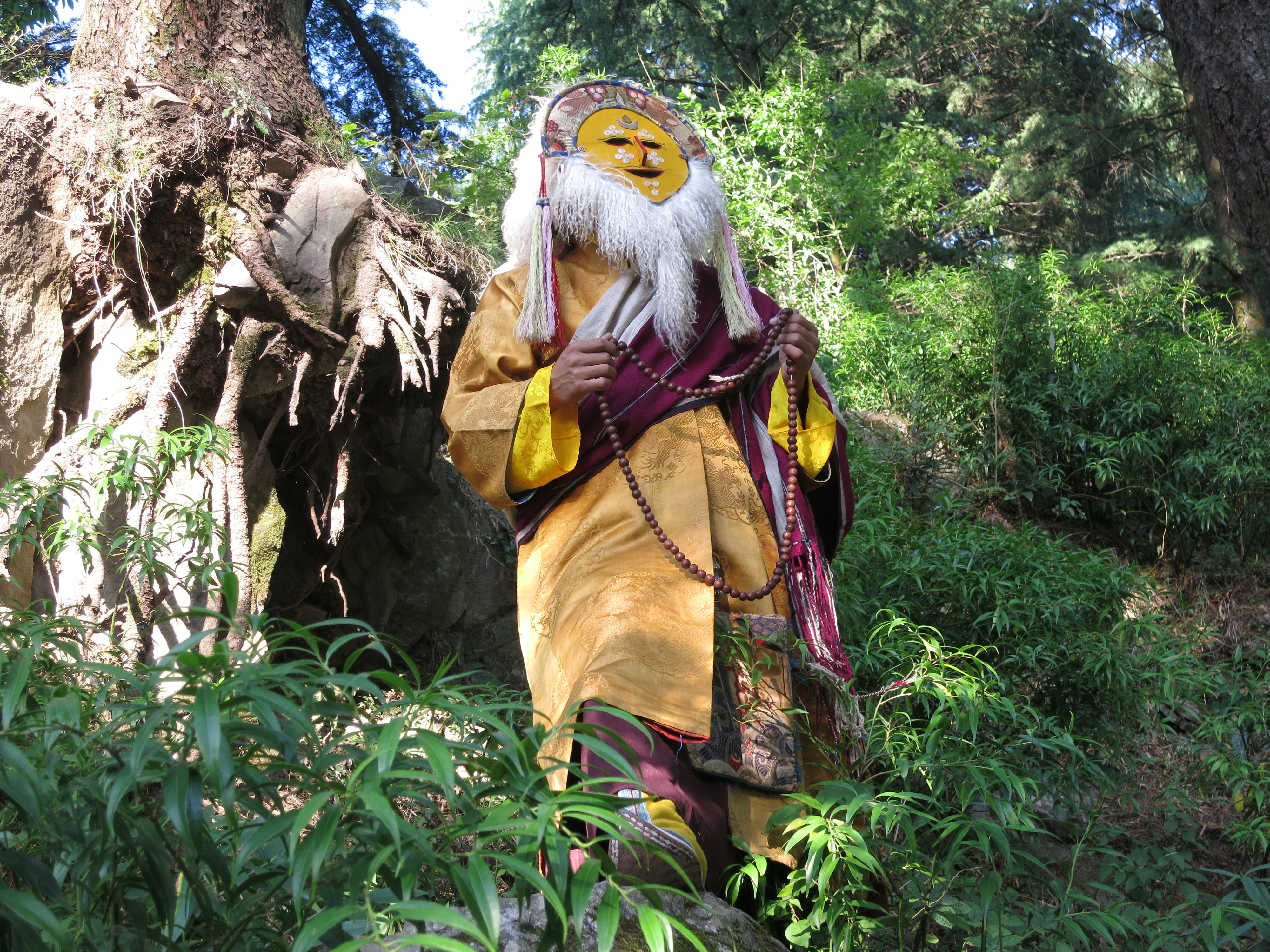